The British Cheese Awards is now open for entry, with organisers, The Royal Bath & West Society, inviting cheesemakers across the United Kingdom to submit their products by the deadline of Saturday 20 August. The competition will make its welcome return to The Bath & West Showground on Wednesday 5 October, following a three-year break imposed by the challenges of the COVID-19 crisis.

Taking place in partnership with The Dairy Show for the very first time, this year’s British Cheese Awards will witness the largest coming together of British cheese for many years. Combining the UK’s biggest cheese competition with a dairy show that brings the national and international dairy trade together, The Royal Bath & West Society will present a dairy event that covers everything from agriculture and production, right through to the finest examples of British cheesemaking.

Judging entries from England, Scotland, Northern Ireland and Wales, the British Cheese Awards will assess cheeses from over 75% of the UK’s producers, making it the go-to awards scheme for anyone looking for the best in British cheese. The judging panel is made up of cheesemakers, cheesemongers, cheese experts, buyers and commentators, together representing the beating heart of the cheese industry.

Cheese and dairy products will be assessed in all traditional categories, with the judges awarding Bronze, Silver and Gold accolades to worthy entrants, as well as special trophies for the top cheese in each category and in each country. The 2022 Supreme Champion will be revealed during the British Cheese Awards Dinner on the evening of Wednesday 5 October, joining a select group of cheesemakers to have taken home the most coveted prize in British cheese.

Julius Longman, chairman of the British Cheese Awards, commented: “We’re so excited to be bringing the British Cheese Awards back this year following such a challenging period for the cheesemaking industry and can’t wait to reunite our community of farmers, makers, buyers and sellers once again. In the face of such adversity, the industry has had to dig deep and innovate in so many different ways, so we know this year’s awards will be a celebration of our collective achievements, while also giving us an opportunity to look ahead to a continuation of what is a golden age in British cheesemaking. We’ll also be hosted by The Dairy Show for the first time in our history, which feels like such a natural fit for the competition, so we’re looking forward to bringing the industry together for an event unlike anything the country has seen before.” 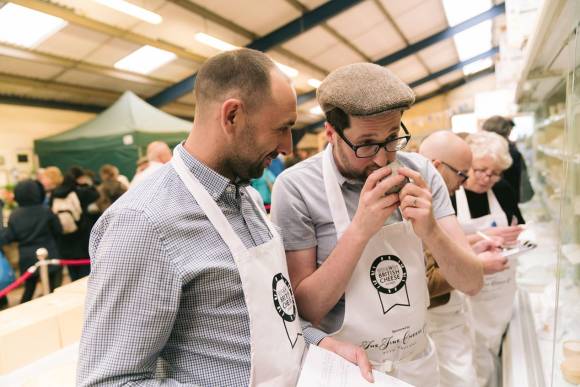