Andrew Van Kralingen, a trade account manager from the UK’s oldest cheesemonger Paxton & Whitfield, is celebrating having been crowned Young Cheesemonger of the Year 2017 at the British Cheese Awards

The competition, held on the second day of the Royal Bath & West Show, saw eight contestants from cheese retailers across the country compete for this coveted title. The finalists had been selected by the British Cheese Awards Committee from written entries that cheesemongers from across the UK had submitted for consideration to then be invited to the final.

The written entry form consisted of a brief history about the entrants’ work in cheese and a response to the following question: ‘You have £20 to shop for a cheeseboard for 6 people – which British cheeses would you buy?’

Throughout the day of Thursday 1st June the finalists took part in three rounds: round one – a Cut & Wrap exercise where they had to cut and wrap different weights of cheese from whole cheeses by sight with no use of weighing scales; round two – Identification, where contestants had to taste and identify a number of unmarked cheeses; and round three – where each contestant took part in Masterind,a Mastermind-style quiz, and gave responses to questions asked about British cheese.

Andrew Van Kralingen, a trade sales manager from Paxton & Whitfield and now Young Cheesemonger of the Year 2017, says: “I felt quite nervous going into the competition as I wanted to do well for the company and myself. However, once the first round started those nerves went away and it was nice to get on with it but also to spend time with my fellow contestants. As the competition runs throughout the day, in between rounds we spent time with each other talking about our work.

“I didn’t enjoy the Cut & Wrap round but really enjoyed the Masterind and Cheese Identification ones as being challenged on my knowledge of cheese was great fun. At the end when they read out my name as the winner I couldn’t believe it. I’m thrilled to be named this year’s Young Cheesemonger of the Year 2017! It’s a shame we couldn’t all have won as my fellow contestants were great cheesemongers and really
knew their stuff.”

Peter Mitchell, chairman of the British Cheese Awards, says: “We were delighted to welcome this competition back for its second year at the British Cheese Awards thanks to the generous support from Anthony Rowcliffe & Son Ltd. It’s an important competition for the British cheese industry as it promotes the key role of a cheesemonger whilst also engaging with the younger generation on the wonderful world of cheese. I was really impressed with the knowledge and skill of this year’s finalists.”

Becoming an expert cheesemonger is more than just learning about how to cut cheese. It’s about knowing all the cheese varieties, how to care for them an understanding how they are made. The Young Cheesemonger 2017 was open to cheesemongers under the age of 30 and was sponsored by Rowcliffe, Britain’s leading direct importer and distributor of fine cheeses to the specialist independent trade.

Tim Rowcliffe, chairman of Rowcliffe, says: “Two years ago I was judging at the British Cheese Awards and realised that there were many events celebrating the fantastic cheese products, the producers and cheese shops who sell these products. However, there was a clear gap in celebrating the thousands of hard working people who actually cut and wrap these wonderful cheeses in deli counters across the UK.

“For that reason the ‘Young Cheesemonger’ award was created with the focus being on the up and coming talent amongst the younger dedicated people. This year’s competitors really impressed me with their professionalism and know how. As Britain’s foremost distributor of award winning cheese from small producers, I feel this craft needs to be kept alive! After all they are the ones who wave the flag for the
products, the producers, the stores and the industry. The finalists from this year made me see that we’ve got a good future ahead in cheese retailing.”

Ros Windsor, managing director of Paxton & Whitfield, says: “We’re thrilled for Andrew, he’s a very dedicated member of the team at our flagship shop on Jermyn Street in London. It’s testament to the hard work that Andrew has put into his role and also to his love of British cheese. I’m very pleased that this award has been created as it is so important to encourage young cheesemongers to develop their
knowledge and skills and therefore help safeguard the future of artisan cheese retailing. We’re only as good as the quality of our staff.” 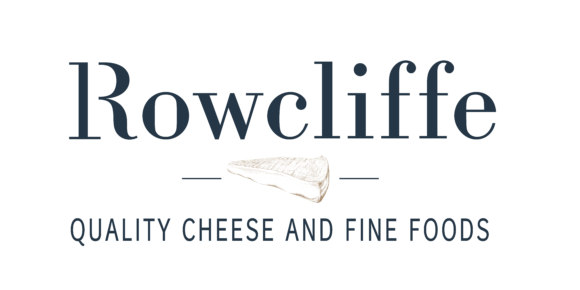