The overall Supreme Champion was Pavé Cobble, a handmade fresh sheep milk cheese made by Whitelake Cheese, located in Pylle, Shepton Mallet, Somerset. A light and delicate cheese with a mousse-like texture, it is named in celebration of the Spring classic bike races held on the cobbled roads in Belgium and northern France. This cheese also won three more awards – Best Soft White, Best Specialist Cheesemaker and Best English Cheese.

This year’s competition attracted just under 1,000 entries from 144 makers, with 70 judges reviewing 135 classes of cheese. Cheeses entered came from over 54 counties that covered the length and breadth of the UK and Ireland, showing justhow vibrant the British Cheese Industry is today.

Peter Mitchell, chairman of the British Cheese Awards, says: “The number and quality of the cheeses entered for this year’s awards has been exceptional and made judging and choosing the winners a real challenge. We’re delighted that Whitelake Cheese, a local Somerset cheesemaker, won the Supreme Champion trophy for its Pavé Cobble; a delicious and intriguing aged fresh sheep milk cheese.”

“We’re very fortunate in this country to have such a great number of dedicated and skilled cheesemakers that are renowned for their excellence and commitment to quality. This is reflected in the cheeses that were judged this year. All the cheeses that were entered into the competition are on display at the Royal Bath & West Show until this Saturday 3rd June.”

Roger Longman, co-founder and cheesemaker at Whitelake Cheese – winner of the Supreme Champion Award, says: “We were excited and nervous when we arrived at the awards dinner as we had no idea how we were going to do. When we won the first award, Best Fresh Cheese, for Pavé Cobble we were really thrilled and then we just kept winning more awards. We love cheesemaking and Pavé Cobble is a combination of the two things that I love doing – making cheese and cycling. The icing on the cake for us was to win Supreme Champion, simply fantastic!

“The British Cheese Awards are the premier cheese awards in the UK and to us are the only ones that matter. The whole evening was overwhelming for us and it means so much for us to be judged by our peers. The event and the judges are the best in the country and they really are a superb celebration of British cheesemakers .”

As well as the awards there is also the Cheese Marquee where British cheesemakers who have entered the awards have the opportunity to sell their delicious products to visitors. There are also a variety of cheese tastings and talks for visitors to enjoy. So from traditional farmhouse Cheddar to more adventurous cheese, such as highly fragrant washed rind cheeses, there will be a great selection of products to buy. 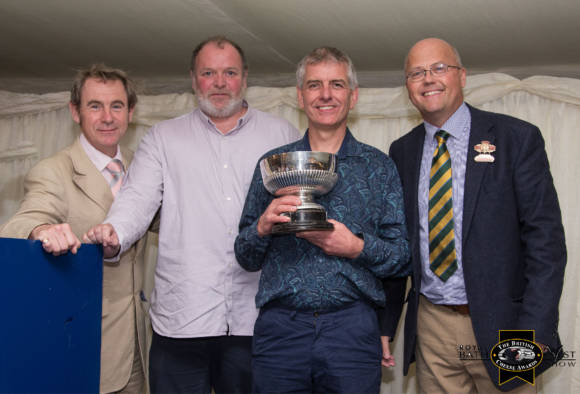 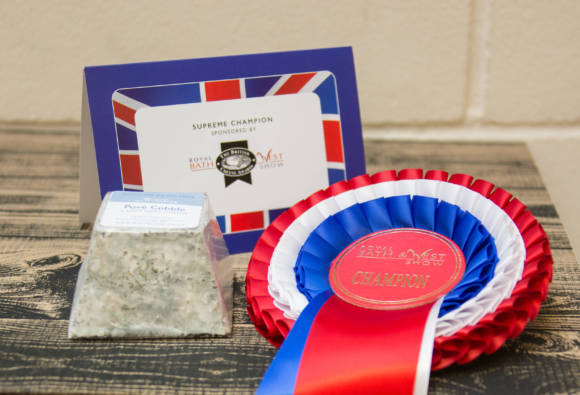