Britain’s Young Cheesemonger of the Year 2018 is Nicola Beardmore

Nicola Beardmore, a cheesemonger working at the Brown & Green Deli in Trentham, Staffordshire, is celebrating having been crowned Young Cheesemonger of the Year 2018 at the British Cheese Awards on Thursday 31st May 2018.

The competition, held on the second day of the Royal Bath & West Show, saw eight contestants from cheese retailers across the country compete for this coveted title. The finalists had been selected by the British Cheese Awards Committee from written entries that cheesemongers from across the UK had submitted for consideration to then be invited to the final.

The written entry form consisted of a brief history about the entrants’ work in cheese and a response to the following question: ‘You have £20 to shop for a cheeseboard for 6 people – which British cheeses would you buy?’

On the day finalists took part in four rounds: round one – Cheeseboard Proposal & Discussion where they discussed their cheeseboard selection; round two – a Cut & Wrap exercise where they had to cut and wrap different weights of cheese from whole cheeses by sight with no use of weighing scales; round three – Identification, where contestants had to taste and identify a number of unmarked cheeses; and round four – ‘Masterrind’, where each contestant took part in a Mastermind-style quiz and give responses to questions asked about British cheese.

Nicola, now Young Cheesemonger of the Year 2018, says: “I’m absolutely thrilled and it will be an amazing boost for my career. I was able to judge at the British Cheese Awards the day before the Young Cheesemonger Competition and it was an absolute honour to judge with some of the legends from the British cheese world. It was an even bigger honour to be congratulated on my win by some of them the following day. 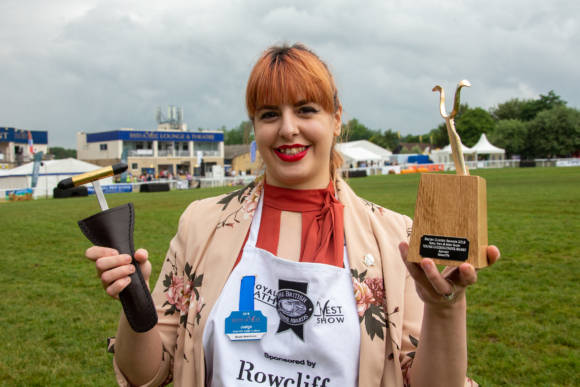 “It was a great experience being amongst people my own age from the British cheese industry during the competition. We all had time during the day to talk to each other and discuss our roles. Although I was in the lead after round two I didn’t think that I’d win and when they called out my name at the winner’s presentation I was so surprised. I still can’t believe it, it’s so surreal, but I’m really pleased and looking forward to getting back to work and developing my career in the world of cheese.”

Peter Mitchell, chairman of the British Cheese Awards, says: “We were delighted to welcome this competition back for its third year at the British Cheese Awards thanks to the generous support from Anthony Rowcliffe & Son Ltd. It’s an important competition for the British cheese industry as it promotes the key role of a cheesemonger whilst also engaging with the younger generation on the wonderful world of cheese. I was really impressed with the knowledge and skill of this year’s finalists and we look forward to welcoming back more young cheesemongers in 2019.”

Becoming an expert cheesemonger is more than just learning about how to cut cheese. It’s about knowing all the cheese varieties, how to care for them and understanding how they are made. The Young Cheesemonger 2018 was open to cheesemongers under the age of 30 and was sponsored by Rowcliffe, Britain’s leading direct importer and distributor of fine cheeses to the specialist independent trade.

Tim Rowcliffe, chairman of Rowcliffe, says: “Three years ago I was judging at the British Cheese Awards and realised that there were many events celebrating the fantastic cheese products, the producers and cheese shops who sell these products. However, there was a clear gap in celebrating the thousands of hard working people who actually cut and wrap these wonderful cheeses in deli counters across the UK.

“For that reason the ‘Young Cheesemonger’ award was created with a focus on up and coming talent amongst the younger dedicated people. This year’s competitors really impressed me with their professionalism and know how. As Britain’s foremost distributor of award winning cheese from small producers, I feel this craft needs to be kept alive! After all they are the ones who wave the flag for the products, the producers, the stores and the industry. The finalists from this year made me see that we’ve got a good future ahead in cheese retailing.” 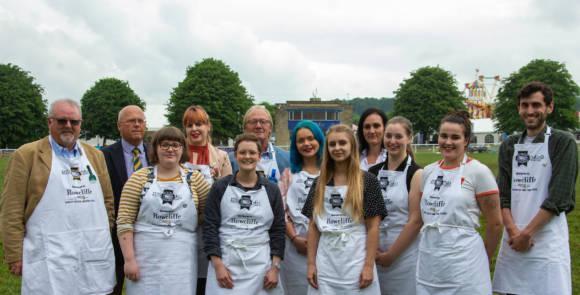